She works as a playwright, director and performer in theater and dance. She is also a curator in performing arts.

She is a member of the playwrights collective “Teatro Líquido”, together with Javier Daulte, María Marull, Paula Marull and Héctor Díaz.

She has written and directed plays with Agustina Gatto and Aliana Alvarez Pacheco.

Her last two plays have been published by “La Docta Ignorancia” during 2021 and by the magazine Confabulaciones – Universidad Nacional de Tucumán 2020.

In cultural management she created and directs “Incubadora de Primeras Obras” (DGEART- Ministerio de Educación CABA), she is also Artistic Director of CIUDANZA for the “Dirección General de Festivales de Bs.As”(Cultura BA) and was part of the curatorial team of that festival from 2009 to 2013.

She is coordinator of the “Laboratorio de Artes Vivas” for the “Asociación de Amigos del Museo Nacional de Bellas Artes”.

She is also a curator in performing arts and a teacher.

Since 2015 she has directed the Festival “Vicente López en Escena” (Secretary of Culture of Vicente López).

She directed the project “Ciudades en Escena” during 2017 (National Ministry of Culture). 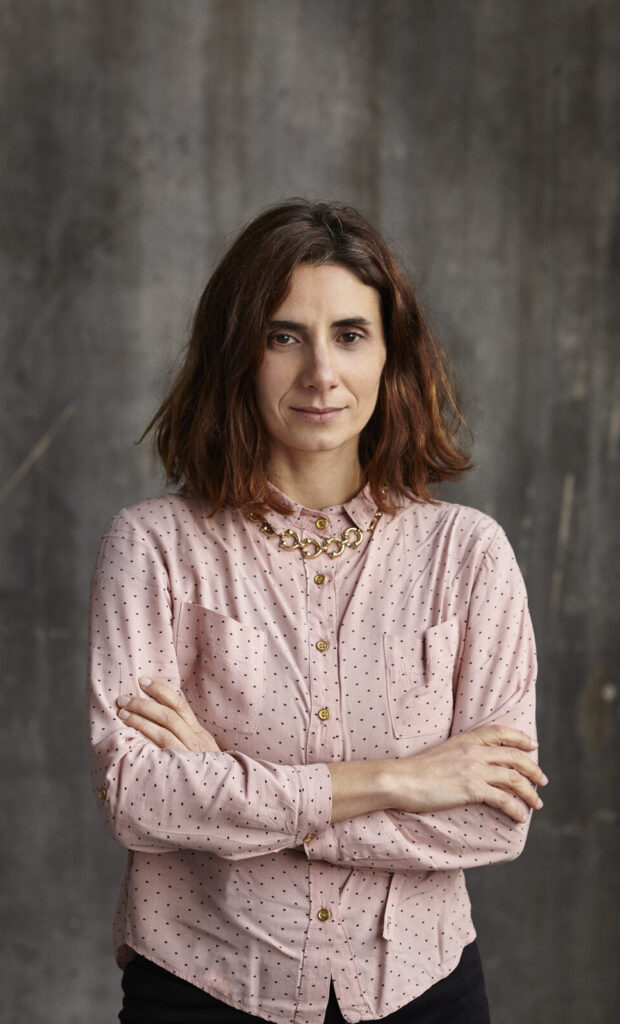 Some of her works and productions in the last 5 years:

She has had an extensive career as a choreographer and dancer from 1996 to 2005. She had the company Iguanas together with Andrea Servera and Fabiana Capriotti. She was directed by Roxana Grinstein, Marta Lantermo and Nora Codina in numerous productions at the Centro de Experimentación del Teatro Colón. In recent years the presence of dance has a strong presence in the performing arts programs and festivals she directs.

As a performer (highlights).

She has been directed on numerous occasions by Vivi Tellas, Javier Daulte, Andrea Garrote and Agustina Gatto.

On TV she has played different characters in Todo x $2 throughout 1999 and participated in the series JOSTEL, written by Mariana Chaud.